I’ve been excited all season for this episode! I love Prague – it’s one of my favourite cities. It’s full of beautiful architecture and scenery and fascinating culture and history.

I’m actually kind of disappointed that no one said Prague is the perfect place to fall in love. Anyway, I had fun watching Emily and her men wander around Prague and visit places I’ve been to so I thought I’d share some of my own pictures from way back in the olden days of 2008!

I was surprised how empty that area was when they met good ol’ Chris. It must have been very early in the morning.

As for the episode itself, there weren’t many surprises. Arie seems like the frontrunner. I loved her time with Jef. (I so wish I had visited the library they went to! How gorgeous was that place?) I thought Sean wandering through Prague calling Emily’s name was hilarious – as if no one told him where to go. And as if Emily really would be just walking home all by herself. She seemed really happy to see him, a lot happier than any moment on her date with Wolf.

I wasn’t surprised she sent Doug home but I felt for the guy when he made that last, desperate plunge and kissed her in the middle of her good-bye speech. 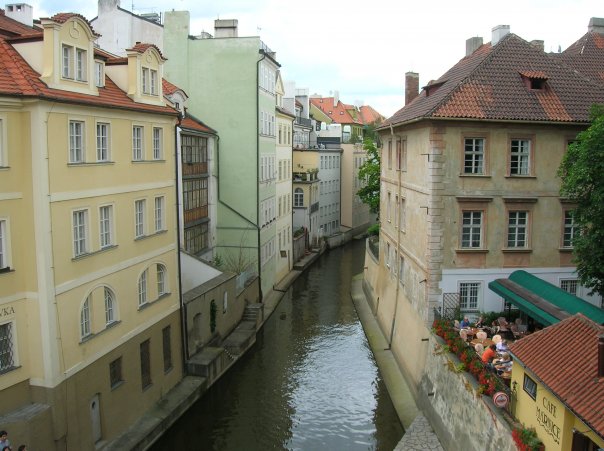 In the end though Arie, Jef, Sean, and Chris will all be taking Emily home to meet their families. Pretty much my favourite episode of any season.

Oh, and did you catch the cutest moment of the show? When Wolf and Jef hugged good-bye, one of them said, “I love you.” Well, Wolf, at least you’ll always have your buddies.

7 thoughts on “The Bachelorette in Praha!”