Peter bought new glasses. (I’m sure he’ll want to show them off to you when he picks them up in 2 weeks. Stay tuned!)

These are two of the local ravens that have decided the roof of our house is the coolest place around. Look, ravens are neat and they make cool sounds but they’re also big birds and when they are constantly swooping over my head while I sit on the deck they freak me out a little. Also, I thought maybe ravens hanging out on your roof meant something special in certain cultures but when I looked it up, Russian folklore says it means a witch lives in that house.

I cut myself with a pair of scissors. Because I’m a grown-up. While investigating to see how deeply I’d sliced my hand open I realised I was looking inside myself and then realised I was about to pass out. Since I was at work, I pulled myself together and put on a purple band-aid. 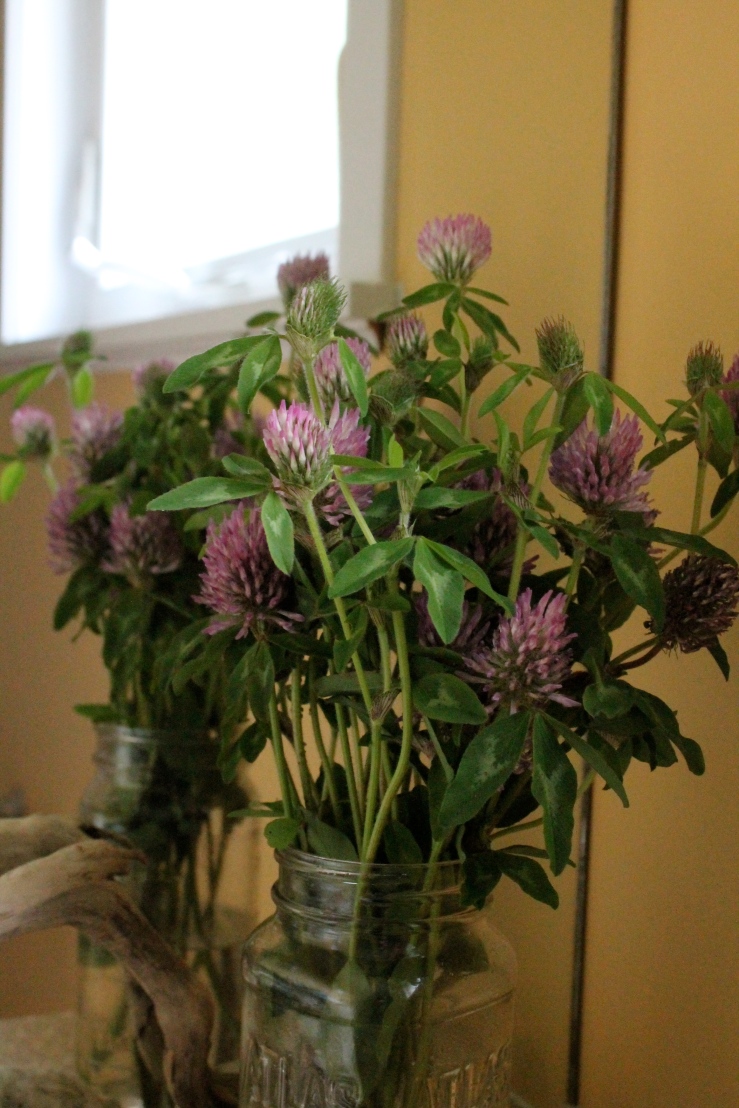 I picked these flowers and put them in our bathroom because I’ve decided “weed” is a relative term.

These ducks napping in a row on a log are the greatest.

We had a fire on our beach and a hot dog roast Saturday night.

While eating hot dogs we saw a caterpillar we had never seen before. (I know, lots of excitement around here!) Of course, I took a picture while we wondered if it was native to the area or escaped from somewhere tropical.

Then I saw four more identical caterpillars so I think our ecosystem is safe.

And then – the highlight of the weekend – Peter and I went for a swim off of our own little beach! Following our beach dinner, we stood ankle-deep in the water and said to each other, “It isn’t that cold.”

I didn’t entirely but I always feel lame if he goes in without me so I raced upstairs to put on my swimsuit and in we went. My first swim of the year. It was only cold when you stopped moving. I think the kayakers who passed us by the rocks thought we were crazy.

Good weekend. And this week is the end of school and the official start of summer (in my books, at least).