This summer, Peter and I fulfilled a dream we’ve had since before we got married. We went to Europe!. This was our first major voyage together (read here, here, or here for some of our smaller voyages. I’d love to share some of our adventures and pictures (not all 1800, don’t worry).

Here is installment one!

We flew from Vancouver to Frankfurt. A first for both of us was flying without checked baggage. Just a backpack each to carry on. (Okay, so I had a purse too.) It was lovely to arrive in Frankfurt and not have to wait for luggage.

We had given ourselves a buffer of a few hours in Frankfurt before we caught a train to Duisburg, so we took the opportunity to wander around near the train station.

It was hot and heavy with our bags but our brief time in Frankfurt made me wish we could have more. 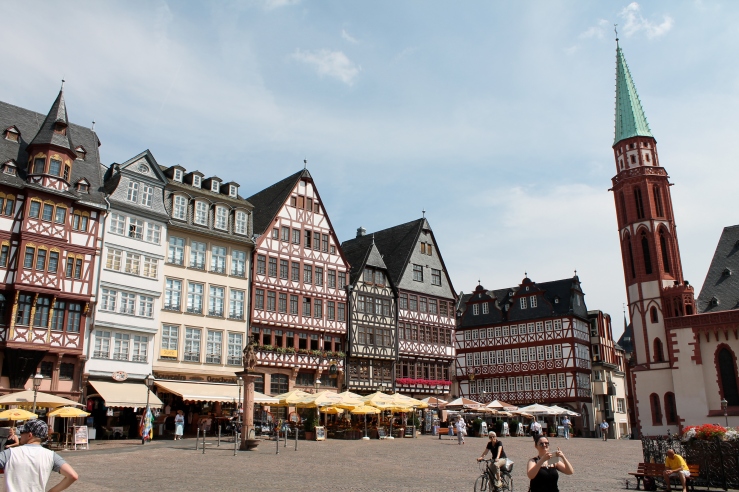 Then we were on our first of many trains, Destination: Duisburg!

(For those who might be curious – Peter and I did all our travel by train and we didn’t purchase Eurail passes. Since rail travel in Italy is quite cheap and the basic Eurail pass no longer includes France, we came to the conclusion that a pass wasn’t the best option for us. I think if we had done more travelling in a shorter amount of time, it might have been different but this is what worked for us.)

Why spend time in Duisburg and not Frankfurt, you may wonder. The easy answer is, we were on our way to visit some German friends. It was wonderful to start our adventure visiting with them (and being well taken care of)!

We dozed on the train, heads bobbing, taking turns to stay awake and watch for our station. Thomas was there when we got off at Duisburg HBF and he drove us back to their home.

Thomas and Claudia’s house is long and narrow with a large yard on a quiet, cobblestone street. The houses were all built around the same time, in the 1930s, though many have been added to since. Claudia fed us dinner in the backyard – quiche, cheese, bread, wine. They took us for a walk in the park near their house; trails around a number of small lakes where people sail  and swim.

We walked as it grew dark and a firefly or two made an appearance.

Sleep was sweet that night and we struggled awake with our alarm the next morning. We breakfasted in the backyard with Thomas, eating something delicious and mysterious called “quark”.

As Thomas gave us a tour of the house, a farmer arrived with his truck, calling out in the front street. He comes each week, selling potatoes, eggs, berries, honey, even fresh thyme.

In the afternoon, Thomas took us to see a schloss (castle) in Raesfeld. It’s quiet and not overly touristy. There’s a small museum and today the schloss houses an academy for traditional handiwork.

From there we drove about ten minutes to see an oak tree dating back almost one thousand years.

This tree was once the location of the local court. Today it’s supported by beams and missing sections but still very much alive. While we looked around, a summer camp group of kids acted out a mock trial at its base.

Friday was further adventures in Duisburg, this time at Landschaftspark. Once an industrial zone of blast furnaces and steel production, today it is a strange type of public park. 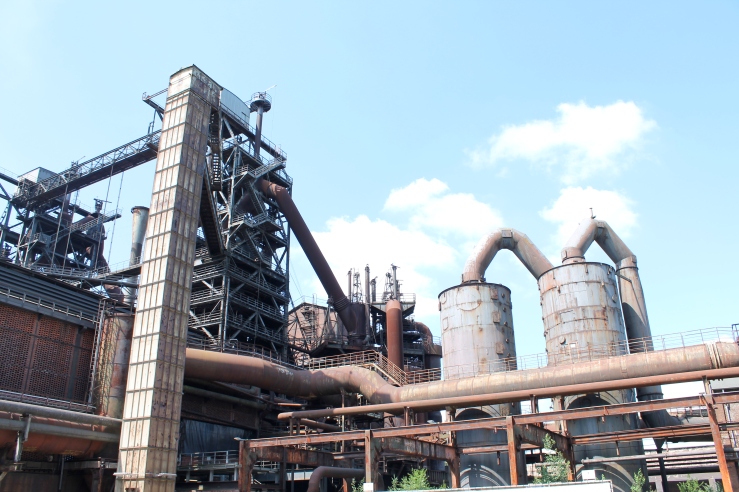 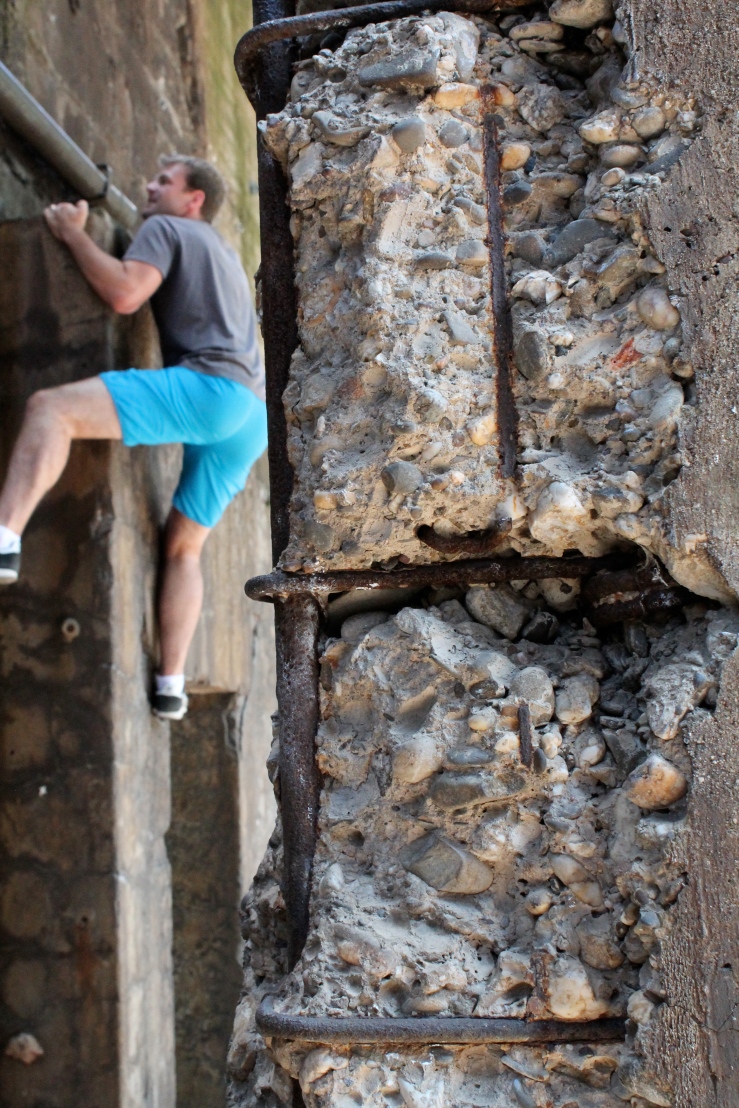 Although newer than a lot of sites in Germany, we have nothing like this place in Canada. It had its own kind of beauty, tinged with a sense of how dangerous this work might once have been.