Harold is a child of undetermined age. However, he is bald and he is wearing clothes that are all one-piece and that tells me that he is too young to be going for a walk on his own. Conclusion: Harold’s parents need to be reported.

Does Harold live in a black hole? There is neither light nor substance where he is. He doesn’t even have anything to walk on. This is a much sadder story about a deprived, neglected child than I realized.

Maybe Harold lives in some sort of horrific, dystopian future. Why else would he feel the need to have something as extreme as a dragon to guard an apple tree. Obviously, food is scarce in Harold’s world and he’s ready to do whatever it takes to protect his apples.

It’s pretty charming how this is exactly the kind of meal a child would want. (Not me though. As a child, I disliked all kinds of pie except for meat pie.)

The abundance of pie though is making me question my dystopian-starvation-future theory. 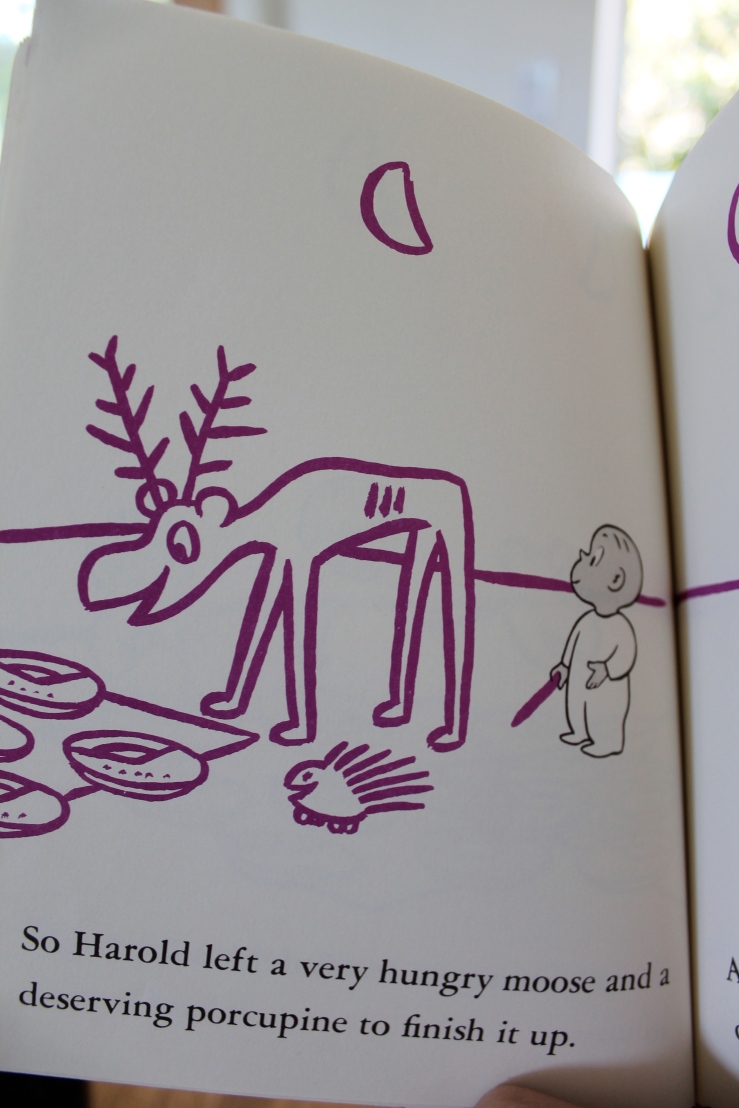 I’m glad Harold isn’t wasting food. The ribs on that moose seem to prove that some things are starving in this world. Poor moose. 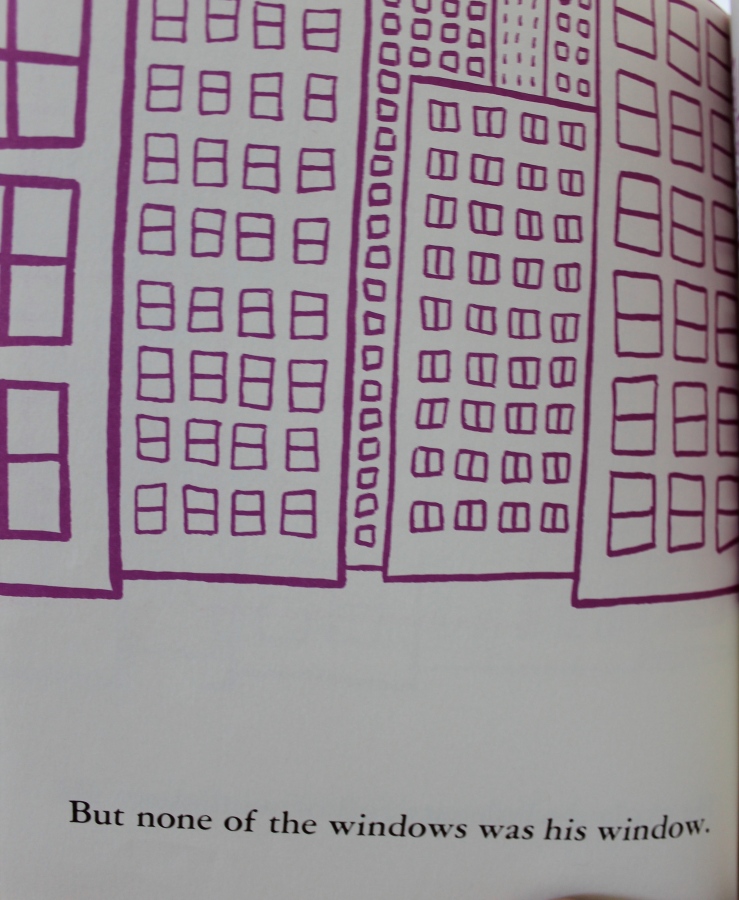 This might be the saddest page in all of literature. 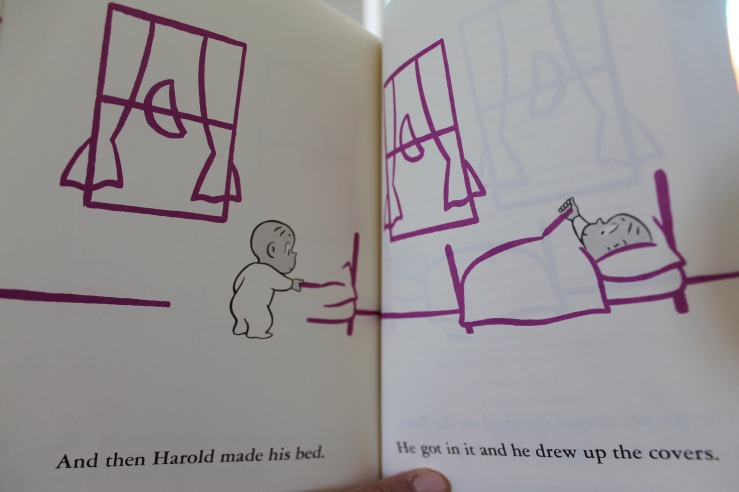 Even Harold’s own home and his bed are a fantasy. Harold’s reality is so bleak that he shelters in the fantasies of his own mind. Yet even there, he is lost and alone.

Harold and the Purple Crayon is bleak, you guys.

5 thoughts on “Book Review: Harold and the Purple Crayon by Crockett Johnson”