We’re almost halfway through January and beginning to settle into our new normal. Pearl is officially walking, going greater distances every day. I don’t know when the toddler stage starts but it feels like we’re there. Complete with childproofing kit. I know I keep saying it but this is the most fun stage yet. Yes, she’s into everything and she’s developing strong opinions about a lot of things but she’s more fun than ever. She’s using sounds to communicate and she loves to play games. I feel fortunate to have such a good-natured little girl. 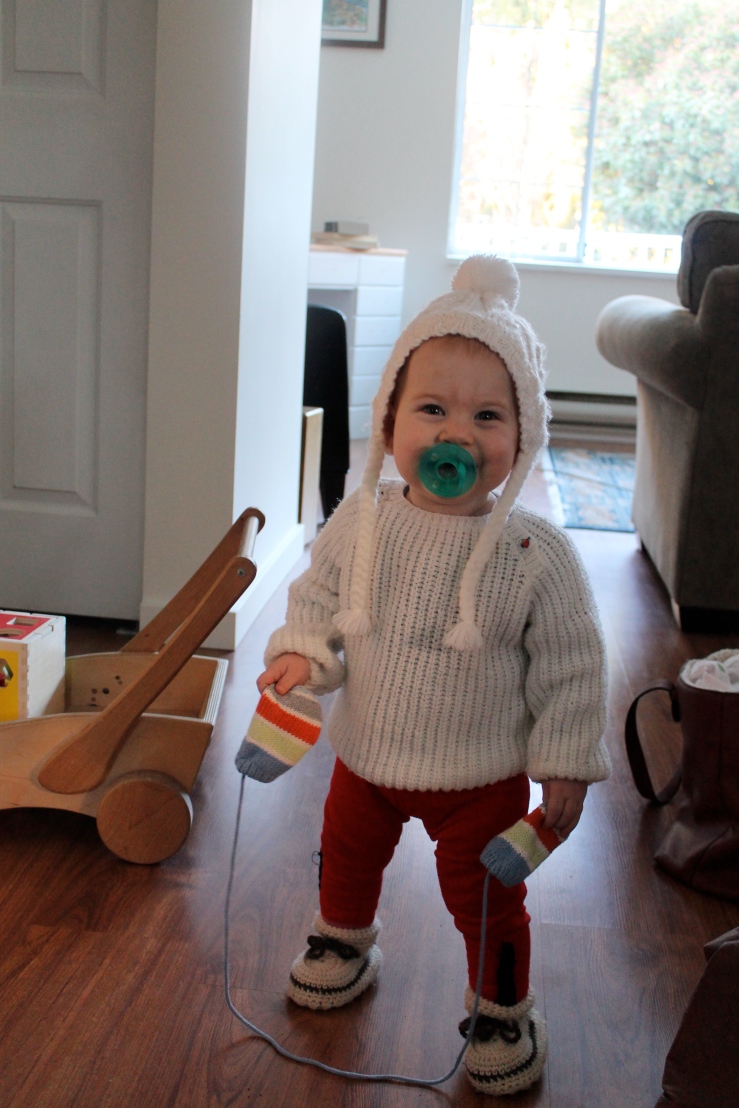 Winter baby! Pulling off hats and shoes is a fun game these days. Which means we’ve lost one hat in a parking lot somewhere so far and had to make a quick shopping trip for a warm winter hat while we were in Vancouver. 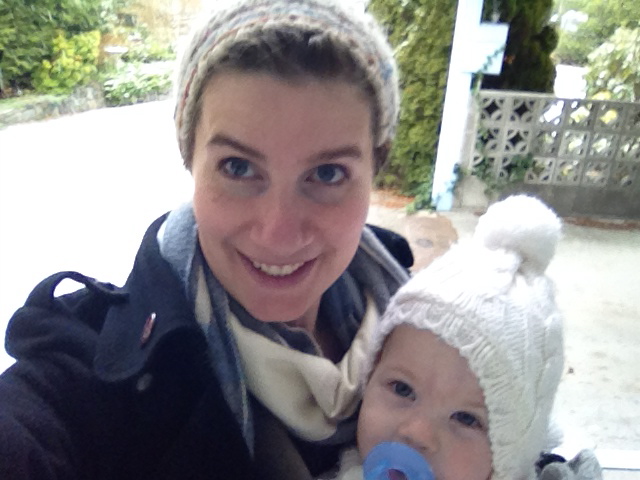 We need warm clothes because it snowed last week! You can’t tell in this picture but here’s Pearl and I bundled up for a walk in the snow. It lasted approximately eight hours. As it started coming down last Tuesday morning, I tucked Pearl under my coat and hurried outside to stand in the driveway to watch it come down. We were both in our pyjamas as our new next door neighbour waved at us. It kept coming down so we went for a brief walk later in the afternoon. And then it was gone before night because it’s the west coast. 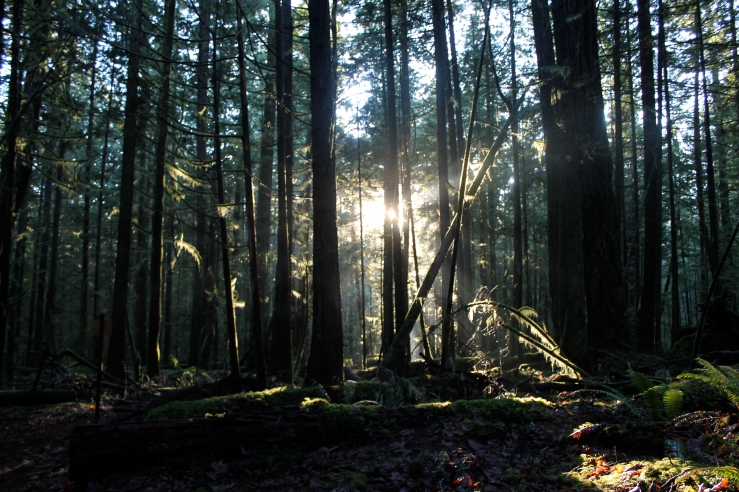 And two from our forest walk on the weekend. 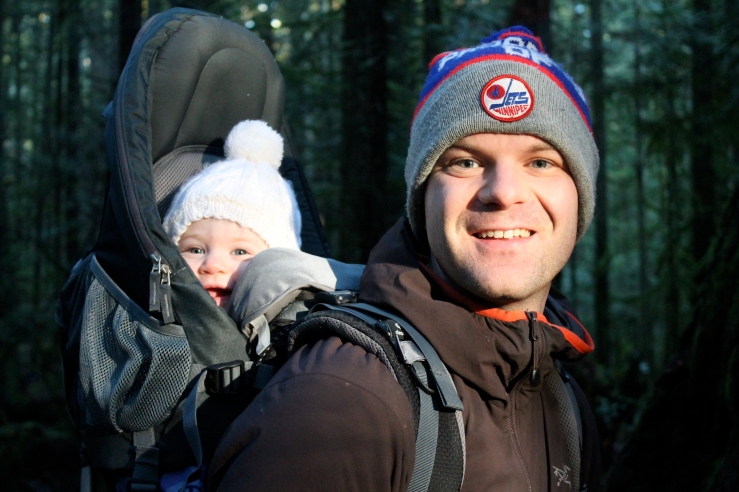 Pearl loves being outside. 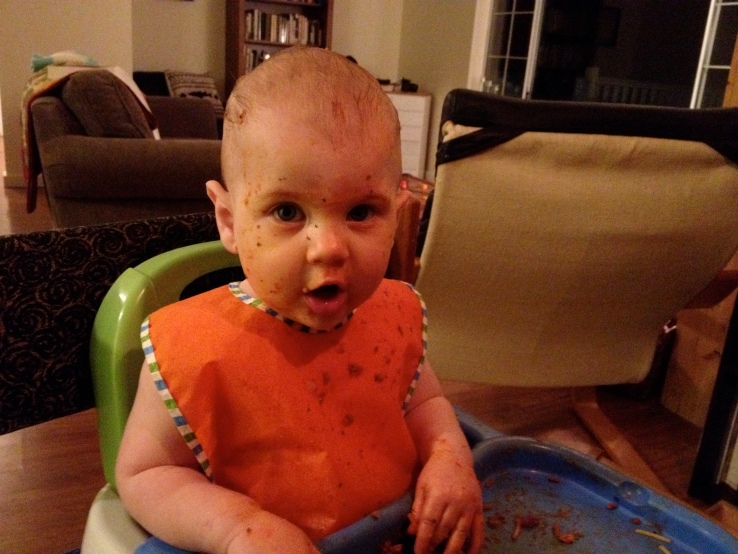 She also loves spaghetti. And bath time. The two seem to go together.

5 thoughts on “Some Regular January Life”