Following yesterday’s post, here’s something else I tend to award myself points for: totally mundane household chores. This was a small project I’d intended to work on for a while so I’m feeling good about getting it done.

At some point between 1989 (when our house was built) and now, someone added on a little extra space off the kitchen. We generally refer to it as the lean-to and occasionally the pantry (because we have an extra cupboard full of canned goods out there. You could call it a mudroom, since it has outside access, but we never enter our house this way. It’s really more of a catch-all space for everything we don’t want directly in our house. Like the garbage can (which can’t be outside because of wild animals) and the bottles that we’re totally going to return soon and Pearl’s infant car seat that she doesn’t fit any longer. 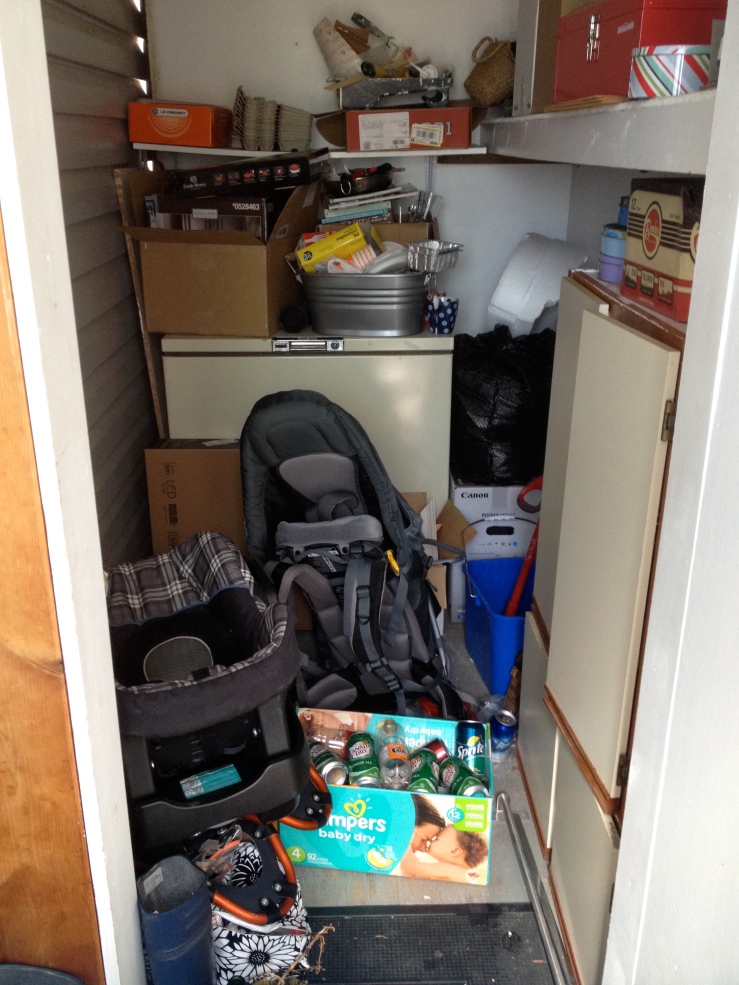 As you might imagine, this space doesn’t make it into the house tour.

When our church youth group announced they were collecting recyclables to fund a trip, it seemed like a perfect time to tackle the lean-to.

Also known as the power of turning the light on!

So, no, I’m not winning any awards for style and organization but I’m pleased that we can now at least walk into the area and I don’t need to panic if Pearl walks in behind me. I’ve taken advantage of the shelves (rather than just throwing things in on the floor and backing away), as well as the hooks that were already attached along one wall. Perfect for hanging things like Peter’s snowshoes and extra bags. The boxes on top of the freezer and that garbage bag in the corner are all for donation so will (hopefully) not be there forever.