After the three of us recovered from our extended colds, January turned out to be a pretty good month around here. 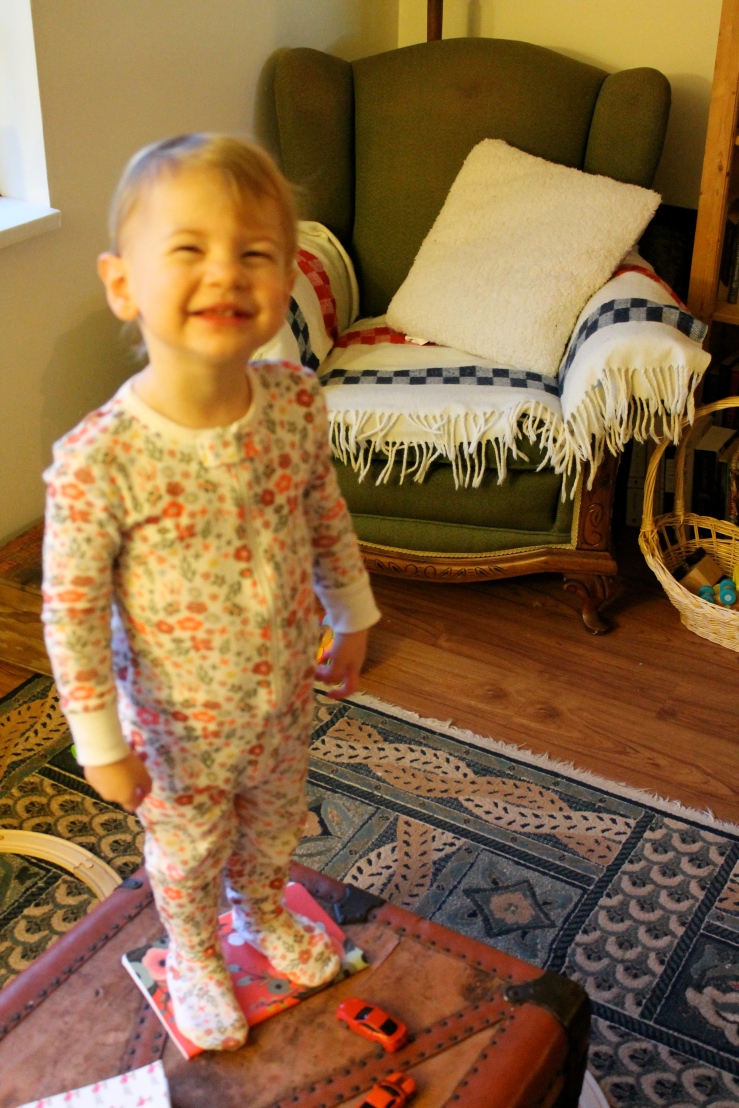 Pearl is now 23 months! Her hair is long enough that it occasionally gets in her eyes, she is currently getting a new tooth, and she is full of energy.

We stayed away from most of our usual toddler groups and drop-ins because we didn’t want to spread our germs around and so we ended up spending a lot of time outdoors, exploring the forest nearby and playing at the local parks.

When the new year began, I made a list of a few goals for myself and while I haven’t worked out five times a week (probably not a realistic goal anyway), focusing on a few small changes have made a big difference in my attitude. Lots of outdoor time is key for both Pearl and I and makes our days more interesting.

Another of my goals was to spend less time on-line, especially before bed. I always have a book (or three) on the go so it’s a simple switch to close the computer and read inside. As well, I’ve stayed away from Facebook all month and I feel like that’s made a difference too. My Facebook feed is just too full of pregnancies and babies and while I normally love that I felt that I needed to step away for a while. I’ve been surprised at how good it’s felt for my own well-being. 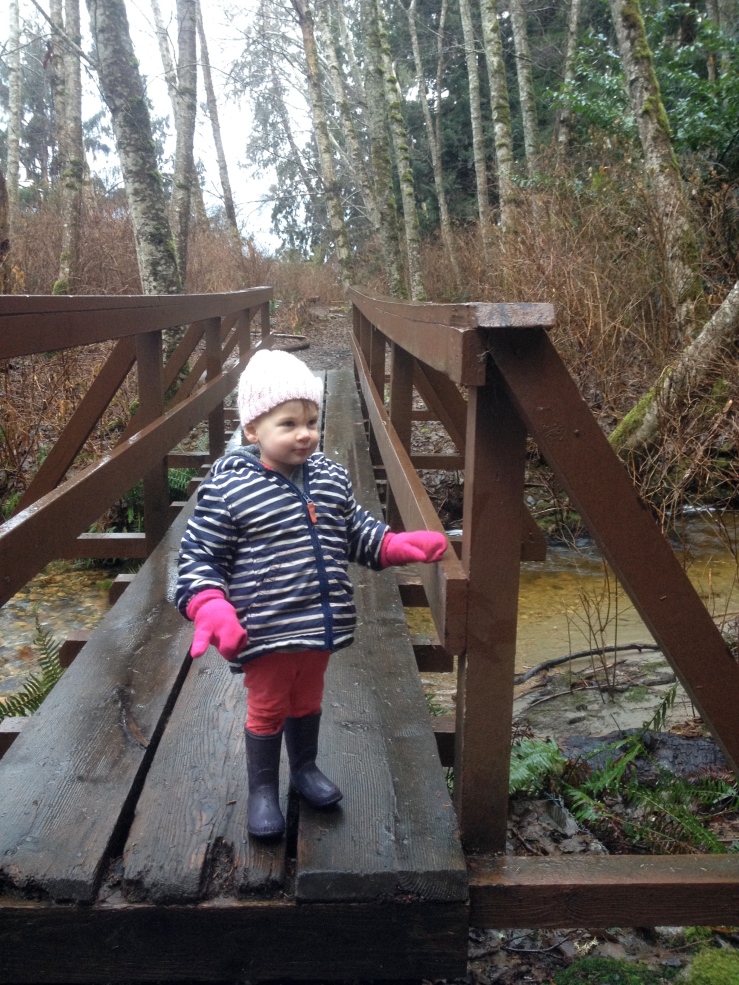 Pearl and I went on a fun adventure, just the two of us. We took a day trip into Vancouver, walking on the ferry and spending the day downtown. It was rainy and busy but we had a blast and I can’t wait to try it again when the weather’s better. We walked around a lot (her mostly in her stroller), Pearl had her first drink at Starbucks (steamed milk), and we rode the SeaBus just for fun (Pearl’s first time). 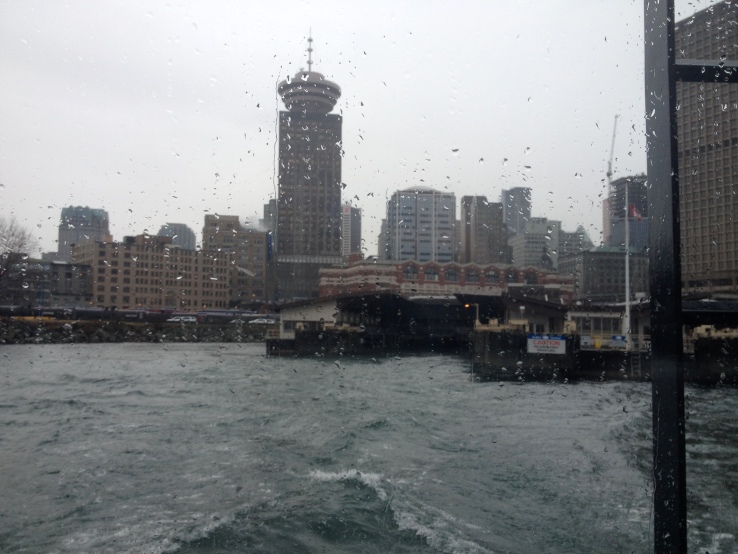 Recently, Pearl had an appointment with the speech therapist. At her 18-month check-up, she wasn’t quite hitting the amount of words they expected her to have at that age (around 20) so we went on a wait list for speech therapy. By the time the therapist contacted me, Pearl had added a lot of words to her vocabulary; Peter and I estimate she has about 50 words now. It didn’t seem like it would do any harm to have her assessed by a professional though and to see if there was anyway we could help her along. I wasn’t sure how it would go since Pearl isn’t always the most outgoing around strangers. The therapist was awesome though, having a tea party with Pearl and bringing out lots of toys to engage her, all while surreptitiously jotting down her observations.

In the end, our suspicions were confirmed – Pearl is totally fine! It’s been apparent that she understands what we’re saying, including multi-step ideas (like, “Go get your boots and put them on”) and she’s adding new words to her speech everyday. She’s simply learning at her own pace and that’s okay! Just this past week or so she’s begun putting two words together to form sentences (“Hi mum!). I’m still glad that I took advantage of the appointment, plus I learned a little more about how to aid her speech development along. I can’t wait to hear what she says next!